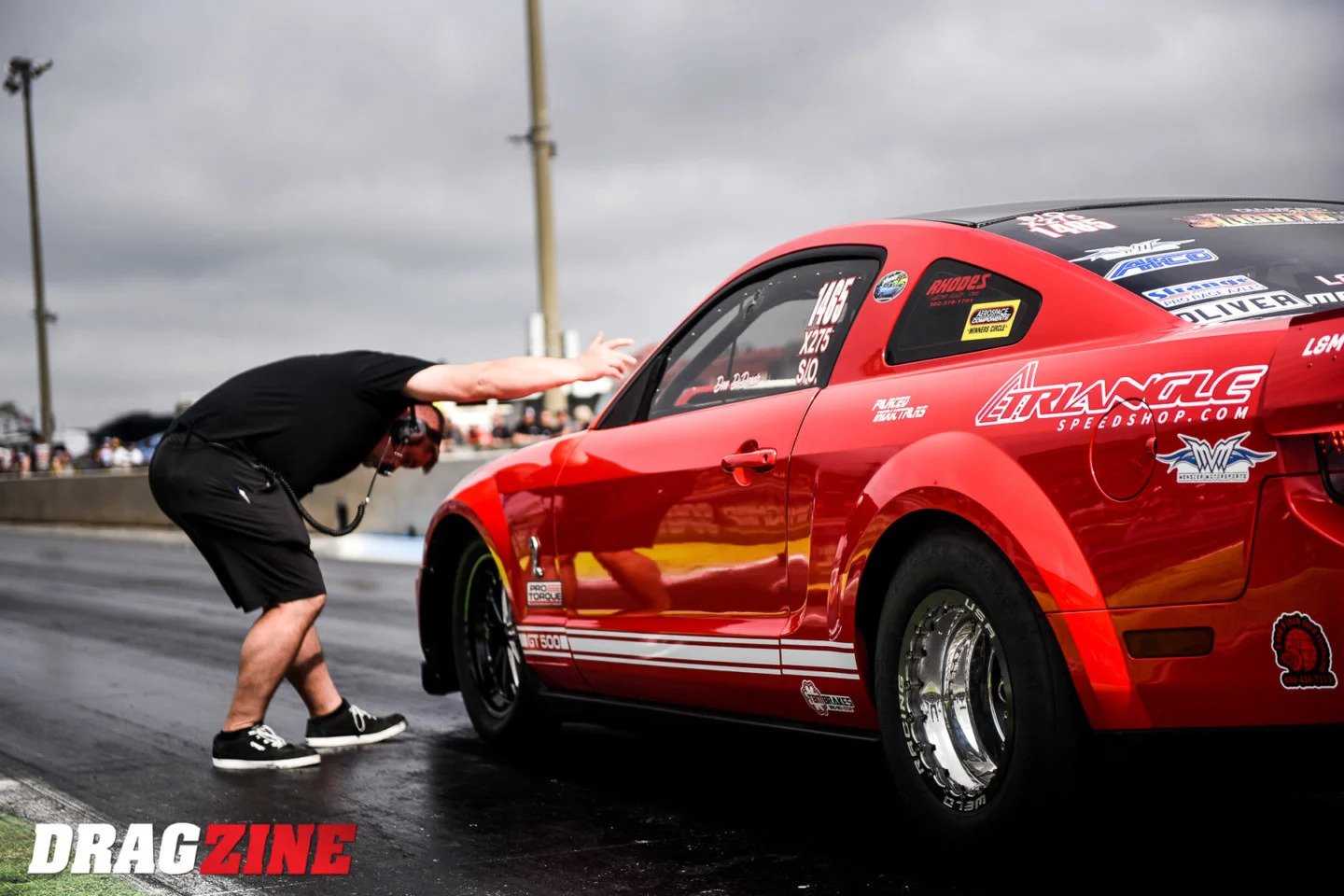 Domenic DiDonato has racked up numerous wins and a championship in the NMRA Street Outlaw class behind the wheel of his 2008 GT500 Mustang. At the Sweet 16 4.0, DiDonato earned another big accomplishment to put on his racing resume: the X275 turbo e.t. record with his 4.156-second pass at 175 mph. DiDonato and his team used a new stator from ProTorque to apply the boosted power from the Mustang’s Ford modular motor to set the record.

People might think that the GT500 DiDonato pilots is powered by some exotic engine, and they would be wrong. L&M Race Engines built the record-setting mill using the Ford GT500 block and cylinder heads; DiDonato even still uses the OEM intercooler, paired with a Forced Induction turbo. Triangle Speed Shop handles all of the tuning for the Mustang. Behind the engine is a transmission from Performance Transmissions along with a three-year-old ProTorque EV1 torque converter. The only exotic part in DiDonato’s record-setting combination was the prototype ProTorque stator inside the torque converter.

DiDonato explains what went into setting this record at the Sweet 16 4.0.

“It took a lot of testing and time to figure out how to run on the Mustang’s factory three-link suspension. Joe Rivera from ProTorque has been with our heads-up racing program since day one. His service and knowledge are second to none when it comes to torque converters. This really has been a complete team effort, including my dad Carmen doing all the cooking at the track, plus the support from my wife, Joann, and daughter Melissa.”

If you want to learn more about ProTorque torque converters, check out the company’s website right here.