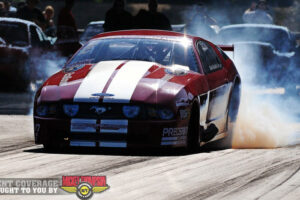 Hairston was the number one qualifier with an impressive 6.03 at 245 MPH, while Walsh, Jr., coming off a recent NHRA Pro Modified win at Norwalk, Ohio, had some trouble figuring the car out in qualifying, but showed the car’s power with a series of 250 MPH passes.

And on Sunday, when it counted most, Walsh Jr., and his team, had the car figured out. 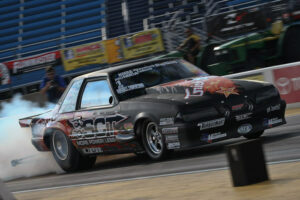 After breaking a valve in the semifinals of Super Street/Pro Outlaw 10.5W, everyone thought they’d seen the last of Mike Murillo.

That was, until he rolled out from underneath the Route 66 tower alongside Pro Street champ Don Walsh Jr. as the designated representative of the NMRA squad.

Walsh had the quicker reaction time and was tracking down Murillo in a hurry, but the Precision turbo machine made one pass too many this weekend, letting go with a loud ‘pop’ at half track and trailing a long plume of smoke through the shutdown area as Murillo sailed to victory at 7.07-seconds, 189.23 mph to give the NMRA it’s fifth overall title in seven editions of this exciting annual showdown.

And the NMRA team, as they say, went wild! 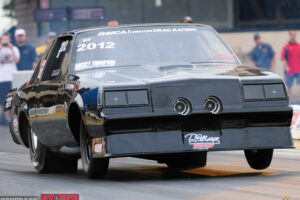 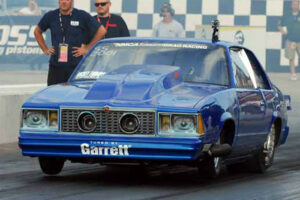 In Mickey Thompson Super Street 10.5W, Eric LaFerriere faced Dave DeMarco in the final with LaFerriere holding off DeMarco in a 6.86 221 MPH to a slowing 7.95 by DeMarco. Number one qualifier and series points leader, Mike Murillo ended up dropping a valve, when he tried to start the car in the staging lanes before his semifinal race against DeMarco. 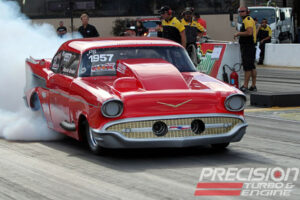 We would like to congratulate Mario Orsini on setting a new personal best with a great run of 6.15 at 234 MPH.

Boosted by a pair of Precision Pro Mod 88 turbochargers.

You can expect to see even quicker passes from Mario in the future!