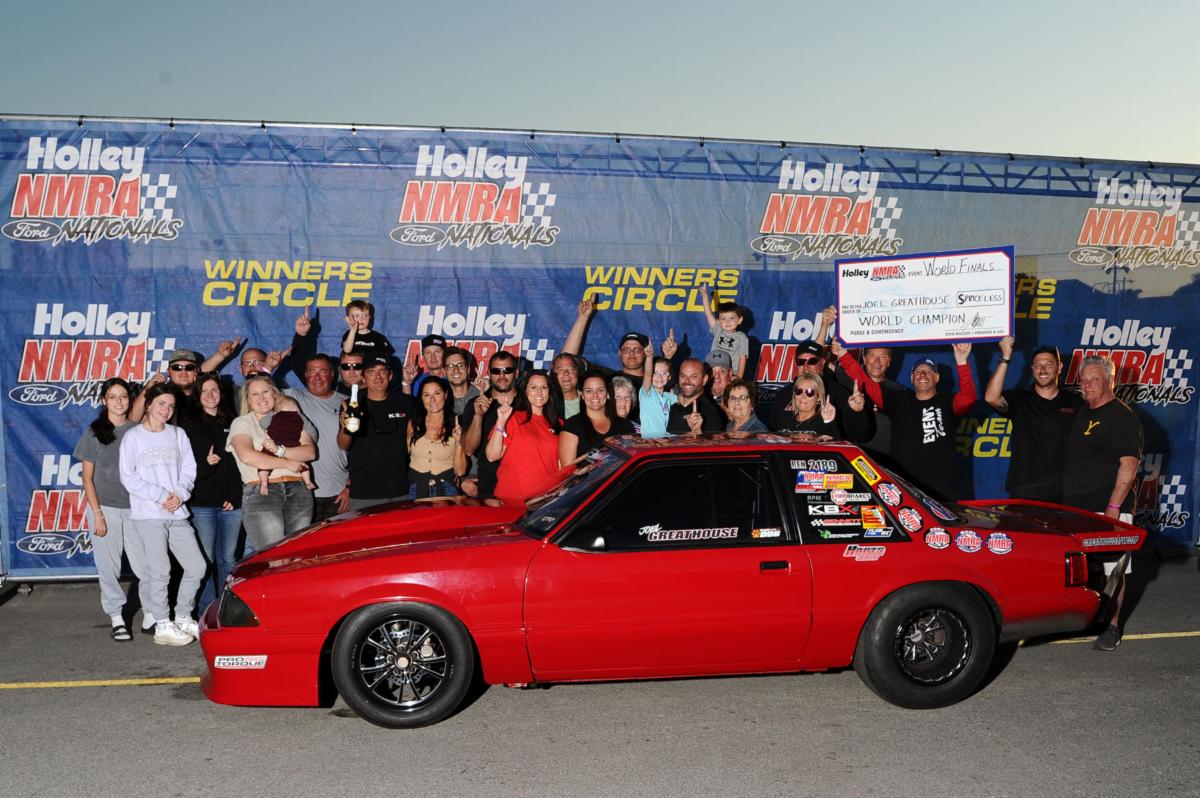 ProTorque racers had an incredible 2022 drag racing season with tons of wins and records collected along the way. For six drivers, though, the hard work and dedication they displayed all year long resulted in the ultimate payoff: world championship titles.

In the fiercely competitive world of NHRA Factory Stock Showdown racing, renowned engine builder David Barton clinched his second consecutive championship with Saw Mill Auto Chevrolet COPO Camaro. An impressive feat to do once, let alone twice in a row, Barton trusts ProTorque torque converters in his racecars and works closely with ProTorque’s engineering team to put together championship-caliber converters. Throughout the 2022 season, Barton made five final-round appearances and captured three national event wins at the NHRA Thunder Valle Nationals, the prestigious U.S. Nationals in Indianapolis, and the NHRA Nationals in Pennsylvania.

Multi-time champion Joel Greathouse also had a standout season piloting Jeremy Wolf’s Fox body Ford Mustang, as the driver from Kentucky repeatedly parked the KBX Performance-backed and ProTorque-equipped car in the winner’s circle in both NMRA Renegade and NMCA Xtreme Street. In NMRA, Greathouse dominated the Renegade class winning five out of the six events on the calendar, and taking runner-up honors in the last, along with multiple number one qualifiers. Similarly, in NMCA, Greathouse won four of the six Xtreme Street events. As both the series wrapped up, Greathouse held a commanding lead in points and doubled up on the championship awards.

The Strange Engineering Outlaw Street Car Shootout at Maryland’s Cecil County Dragway often brings out the best of the best in the region, but it was only Ronny Rhodes who got to celebrate a well-deserved 2022 Ultra Street championship thanks to his small block nitrous-powered Chevrolet Camaro and its ProTorque converter always performing exactly as expected.

In the Radial Tire Racing Association (RTRA) battle for points, defending Limited Street 235 champion Jason Riley made history by securing the season title for the second year in a row. His ProCharger supercharged and small block-powered Fox body Ford Mustang have been unstoppable over the past few years, and proudly carries a ProTorque converter on each winning run.

Meanwhile, the Warriors Outlaw Drag Race Team runs a race points championship series at different race tracks in the Mid-Atlantic region, and the 2022 title was captured by Keith Rhea and his ProTorque-packin’ “Wonder Bread” Ford Mustang.

Finally, Dave Hinzman had been busy racing at Milan Dragway throughout 2022, and his ProCharged Pontiac Firebird’s tune-up was on point. Coupled with a ProTorque converter, the combination produced enough success to enable Hinzman to take the lead in Limited Drag Radial and wrap up the season with a title to his name.

ProTorque has a history of helping racers achieve – and exceed – their goals. Whether it’s a championship title, national event win, world record, or even just a new personal best, ProTorque’s products and driveline components can help get the job done through technology, innovation, and unparalleled customer service.